Arabic: I and Sisters : journey into the secrets of self 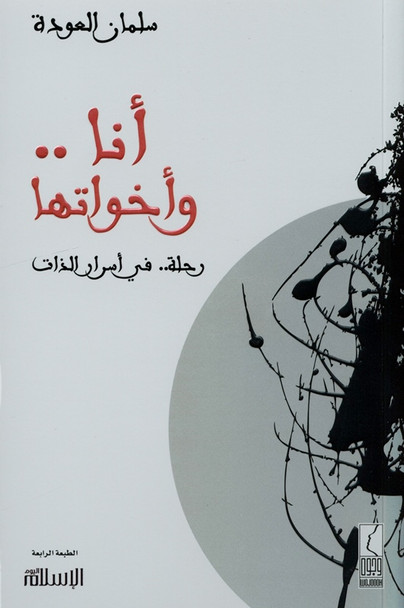 Arabic: I and Sisters : journey into the secrets of self

SL:00000
"I and sisters," Dr. Salman bin Fahd al-Awda, Assistant Secretary-General of the Union of Muslim Scholars, the reader from the first moment, when immersed in an expedition to the depths of the same, trying to remove the "powder" artificiality and rubble ignore, and to shed light on the gray area between fact and self-image, Mtel Musa reader with ways to break the cycle of inflation, the "I," while the treatment is like a "shock." The book, which is located in about 360 pages is the latest books to return and where he is perhaps for the first time in detail to the concept of "self-criticism" and "openness" and the truth about the self and how small in or amplified, and is already able student of science and calling for the academic and the incumbent but the average person to get rid of the tyranny of the "I" and its influence on others, or that the matter does not exceed only the mask worn by the person sometimes in front of the community to prove modest artificial, and sometimes in front of the mirror to hide the truth about itself bloated!.
View AllClose

Eleven Women and Their Husbands

The Dispute of the Highest Angels

MSRP:
Now: £3.00
Was:
The Dispute of the Highest Angels 14A The book is a translation of a valuable book regarding a precious hadith of the Messenger (p.b.u.h.). The subject of the hadith is about the angels of the...
22201

MSRP:
Now: £5.95
Was:
Knowing the Angels Eemaan Made EASY Series (Part-5) by Muhammad al-Jibaly. Publisher: Al-Kitaab & as-Sunnah Publishing. 07A This is a simplified series of books dealing with the fundamental...
21195

My Muslim Sister, will you not respond?

MSRP:
Now: £2.00
Was:
My Muslim Sister, will you not respond? By: Nawaal Bint Abdullah SL: 000000 This book is the result of the author's personal experience and observations of the issues that a Muslim women needs...
22562

MSRP:
Now: £11.95
Was:
Goodnight Stories Gift Box 04B As human beings, we all desire happiness, good health and peace of mind. As Muslims, we strive to live every aspect of our lives in accordance with our Islamic...
22247

From My Sisters Lips

MSRP:
Now: £8.99
Was:
From my Sisters Lips 05B Covered from head to toe, with only her eyes visible, the sight of a Muslim woman on a Western city street rarely fails to provoke a strong reaction. Feelings of shock,...
22492

MSRP:
Now: £8.50
Was:
The Explanation of Chapters on Patience, Greetings & Advice on women by Shaykh Uthaymeen – From the Cassical Collection of Hadith Sharah Riyadh Al-Saaliheen الشراح رياض الصالحين by Imam...
23044