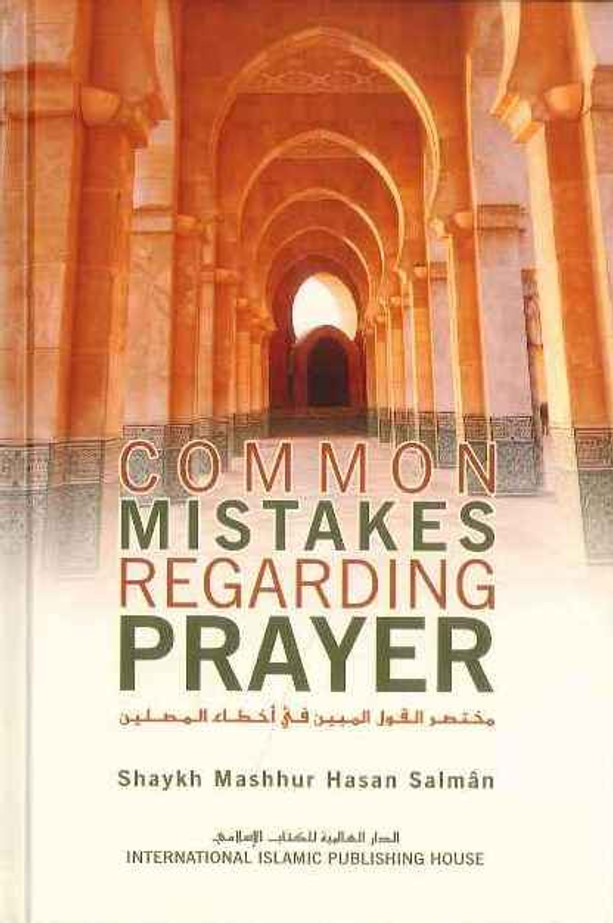 SL: 01DL2
Formal prayer (salat) is the second pillar of Islam, and the most important of a Muslim's acts of worship. Prophet Muhammad صلی الله علیه وآله وسلم said: ''The first of one's actions for which a slave of ALLAH will be held accountable on the Day of Judgement will be one's prayers. If they are correct and accounted for, then he (or she) will have succeeded ( gained paradise ). If there is something defective in his or (her) obligatory prayers, the Lord ( عزّوََجل ) will say: See if My slave has any supererogatory prayers with which that which was defective in his (or her) obligatory prayers may be completed. Then the rest of his (or her) deeds will be judged in like manner. '' ( At-Tirmidhi and others ) Shaykh Mashhur Hasan Salman has compiled a list of the most common errors that we make when we pray , discussing and explaining each one. Common Mistakes Regarding Prayer is a valuable aid to Muslims hoping to perfect their prayers, so that their prayers may be free of defects and acceptable to ALLAH. This new and revised edition of the English translation of his work presents the text in a fluent, highly readable style.
View AllClose

MSRP:
Now: £2.75
Was:
30 Ways To Enter Paradise 16A Islamic book about the different ways and methods for people to Enter Paradise. From the mercy of Allah is that he made the paths to jannah easy and multiple such that...
21209

Heaven Under Your Feet

MSRP:
Now: £5.50
Was:
Heaven Under Your Feet SL: 20B Pregnancy For muslim women Pregnancy is an ultimate time to turn to Allah. Not only is it a physical process, it is also a spiritual and emotional journey filled...
21214

The Numerous Mistakes Regarding the Hajj

MSRP:
Now: £9.00
Was:
The Numerous Mistakes Regarding the Hajj SL: 01BL2 Muslim sister you must come to understand that everything that has been mentioned regarding the dangers of at-Tabarruj (the outward display of...
22066

A Summary of the Mistakes Commonly Made in Prayer

MSRP:
Now: £5.00
Was:
A Summary of the Mistakes Commonly Made in Prayer SL: 15B In this treatise,common mistakes made in prayer (salaah) are clarified for the muslim.its main goal is to highlight such mistakes in...
21722

MSRP:
Now: £2.00
Was:
The Prayer & Purification 04CL1 In this treatise the correct procedures of prayer (Salaah) are clarified for the new Muslim. The main objective of this work is to explain the steps of...
23210

Rulings of the Sick Muslim Regarding Purification, Prayer & Fast

MSRP:
Now: £6.95
Was:
Rulings of the Sick Muslim Regarding Purification, Prayer & Fast SL: 00000 The sick muslim should not look at his worship as something meager or insignficant ; but should worship his lord...
21401

The Beneficial Summary Of The Muslim’s Creed

MSRP:
Now: £3.90
Was:
The Beneficial Summary Of The Muslim’s Creed 11B The ranks of religion 1. Islam: submission to Allah through Tawheed, surrendering to Allah by obeying Him & disownment of Shirk &...
22325