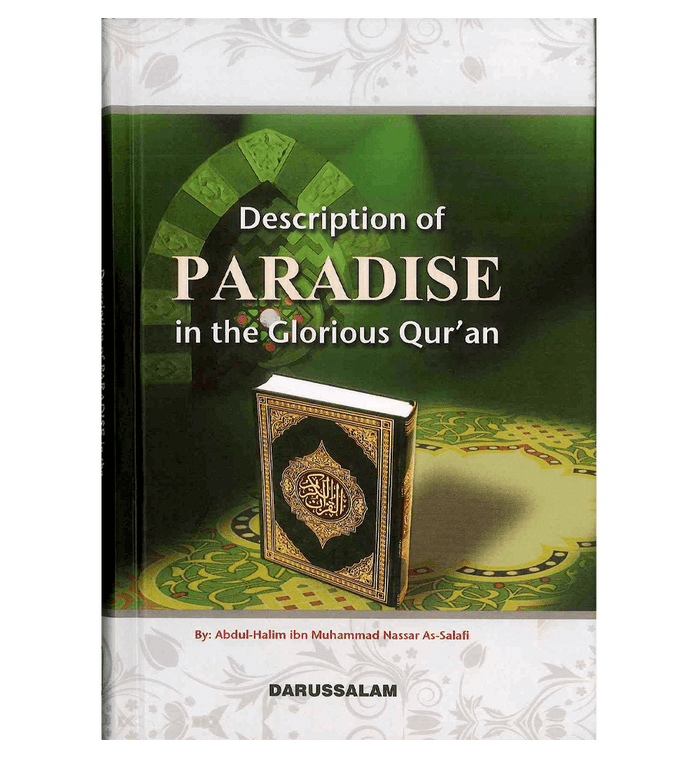 SL: 05AL2
Description of Paradise in The Glorious Qur'an Writing about Paradise is of great importance in view of its significance in the belief of a Muslim. This belief makes him eligible for enjoyment of the bliss and the happiness of the Hereafter. It is not a belief that is limited to the life of this finite and ephemeral world only as compared to the everlasting Hereafter. Rather, it is a great creed that links the life of man in this world to that of the Hereafter so that his vision will not be restricted to this world alone but extends to the Hereafter. Belief in Paradise is one of the fundamentals of faith. The Messengers of ALLAH, blessings and peace of ALLAH be upon him, was asked about faith and he answered, " Faith is to believe in ALLAH, in His Angels, in His Books, In his Messengers and in the Last Day; and to believe in pre-decree, its good and bad."
View AllClose

The Key to Paradise

MSRP:
Now: £5.00
Was:
The Key to Paradise 19B When the Messenger of Allah was sent to the polytheists to call to this statement.
21114

MSRP:
Now: £3.95
Was:
Descriptions of Paradise From The Quraan & Sunnah 16B The abundance of literature on the issue of Paradise and Hellfire can hardly be overlooked. However, the problem with this literature is...
21284

MSRP:
Now: £3.95
Was:
Description of Hellfire (From The Qur’an And The Authentic Sunnah) 16A A detailed description of hellfire as described by Allah in the Quran and Sunnah, compiled by Sheikh Waheed Abdussalaam Baly...
23180

A Description Of The Supererogatory (Sunnah) Prayers

MSRP:
Now: £7.95
Was:
A Description Of The Supererogatory (Sunnah) Prayers 11A Shaykh Saalih al-Fawzaan said, "O Muslim, be consistent with the regular supererogatory Prayers, imitating the excellent example of the...
22068

A Concise Description of Jannah & Jahannam

MSRP:
Now: £20.00
Was:
A healthy tone of simplicity, accuracy and spiritually prevails. Skilful blending of literal meanings and its relevant interpretations. The emphasis was laid on the context and its meaning...
24735