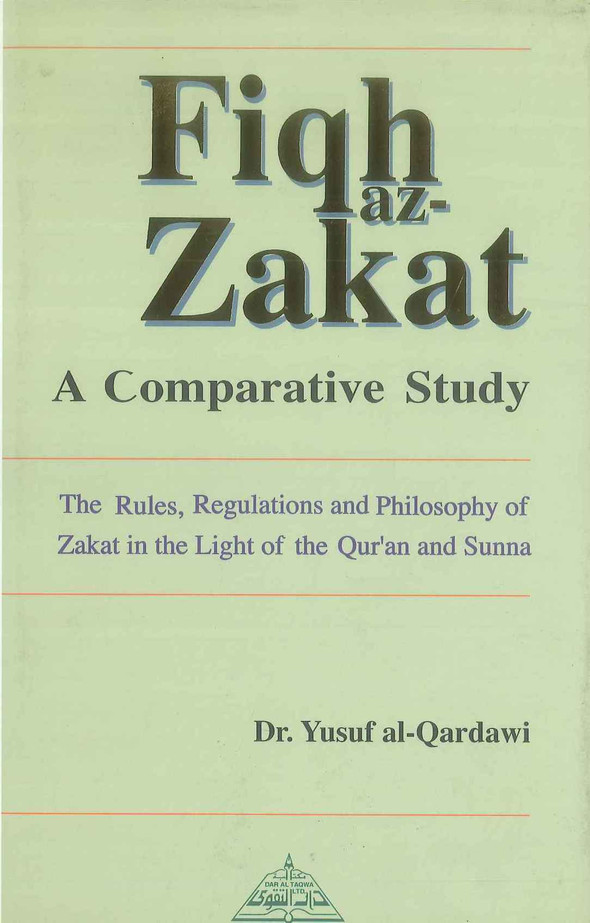 13B
Among the most important books Dr. Yusuf al-Qardawi has written is the present volume on fiqh az-Zakat. It is a study which deals in depth with legal rulings and philosophy of zakat in the light of the Qur'an and Sunnah. Among the five pillars of Islam, Zakat is the third after Tawhid and prayer. It is crucial to the financial and political structure of every Muslim community. Yet, despite its pivotal significance, it is the least understood of the basic practices of Islam and indeed now plays little or no part in the lives of the vast majority of Muslims. That fact makes this book a very important addition to the literature available to English-speaking Muslims. It covers every aspect of zakat in great detail, studying those who are obliged to pay zakat, the amounts they have to pay, as well as the types of wealth on which zakat must be paid. It also deals with how zakat is collected, its connection to Muslim governance and its relation to society as a whole. Fiqh az-Zakat is a seminal work for all Muslims and an important reference book for everyone interested in Islam. Shaykh Yusuf al-Qaradawi Shaykh Yusuf Al-Qaradawi born in Egypt 1926. One of the most prominent scholars of the 20th century. He memorized the Quran before the age of 10. He is an expert on principals of Islamic jurisprudence (Fiqh), Arabic language, and other Islamic Sciences. He has published over 100 books, which are bestsellers in the Islamic world. His books cover various topics, such as: Fiqh, how to understand the Sunnah, how to understand the Qur'an, a two volume book on Zakat which is considered by many scholars as a treasure house for the Islamic library, environment, Fiqh of Minorities, poetry, and many other topics. Shaykh Al-Qaradawi represents an original effort to make the comprehensive rules of Islam accessible and understandable to non-specialists, and he always tries to join between the principles of the religion and the problems facing the Muslims today.
View AllClose

The Evolution Of Fiqh : Soft Cover

MSRP:
Now: £5.95
Was:
The Evolution Of Fiqh : Soft Cover SL:01DL1 In The Evolution of Fiqh: Islamic Law & the Madh-habs, Dr. Bilal Philips presents a brief overview of the historical development of Islamic law and...
21134

MSRP:
Now: £5.95
Was:
Fiqh Course Tahaarah, Salaah & Janaa'iz 03B This course was compiled for new Muslims and indeed all English speaking Muslims and covers tahaarah (purification), salaah (prayer) and janaa'iz...
21145

MSRP:
Now: £2.50
Was:
Fatawa on Fasting Zakat & Traweeh SL:04CL2 This book has answers, advises and directions concerning fasting rules and instructions. These (fatawa) verdicts have been individually issued in...
21781

MSRP:
Now: £28.00
Was:
Fiqh According to the Qur'an & Sunnah : 2 Volume Set 23B This book illustrates the many facets of our daily life according the Quran and Sunnah. Each book is further subdivided into chapters...
21690

The Fiqh Of Marriage In The Light Of The Quran & Sunnah