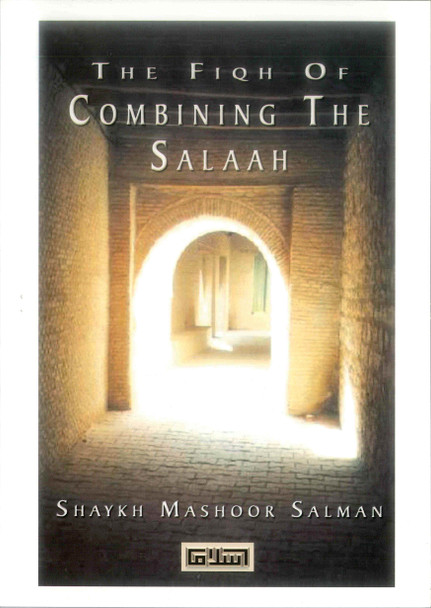 < 14A
I gathered in this book the ruling that are related to combining the salaah due to the persistent need and the great importance of knowing this topic. Thus I write it in such a manner that befits the people of the present time even though they may be differing levels with regards to knowledge and understanding. I have chosen not to restrict the rulings that are within this book to the methodology of one particular school of thought thereby limiting the people to that one thought. I have verified and stated the grade of ahadeeth that are mentioned herein. 'And what good are ahadeeth that the authentic and the weak are both mixed up and you cannot distinguish between the two and you do not investigate about the one who it is narrated by. Taken from the Author's introduction. About the Author Shayhk Mashoor Salman was born in Palestine in the year 1380 Hijri (1960 C.E.). He was brought up in a religious family who made hijra to Jordan and settled in Amman in the year 1967. The shaykh was greatly influenced by the great scholars such as Shakhul-Islam Ibn Taymiyyah and the noble student, the A'alim, the rabbanee, the second Shaykhul-Islam Ibn Qayyim Al-Jaziyyah. He was also greatly influenced by many of his teachers, whether they were those whom he studied with formally or those whom he sat with at knowledge gatherings. From amongst the most famous of them : Al-Allaamah. Ash-Shaykh, Al-Muhaddith Muhammed Nasirudeen Al-Albanee and the shaykh, the faqeeh, Mustafa Az-Zurqaa.
View AllClose

MSRP:
Now: €12.44
Was:
Fiqh Course Tahaarah, Salaah & Janaa'iz 03B This course was compiled for new Muslims and indeed all English speaking Muslims and covers tahaarah (purification), salaah (prayer) and janaa'iz...
21145

MSRP:
Now: €11.79
Was:
The Fiqh of Medicine   This book is based on the author's doctoral thesis, Responses in Islamic Jurisprudence to Developments in Medical Science.
22905

MSRP:
Now: €16.29
Was:
Fiqh al Haya: Understanding the Islamic Concept of Modesty A trademark quality of our religion, haya encapsulates the very spirit of Islam. It is a means for all human beings to become...
23534

MSRP:
Now: €3.55
Was:
USUL AL-FIQH 05B This is a small book on Usul-ul-Fiqh, commonly translated as ‘principles of Islamic law’. It is perhaps the only book that has selected principles that relate directly to the...
22825