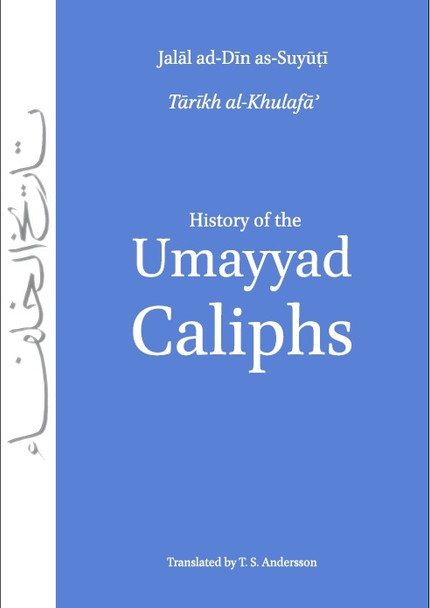 Tārīkh al-Khulafā’ is justly famous in Arabic, and rarely out of print. In the original it comprises the histories of all those who have been named as khulafā’ right up to the age in which as-Suyuti himself lived. For this volume Ta-Ha follow up The Khalifahs who took the right way with this volume on the Umayyad Caliphs. Abu’l-Faḍl cAbd ar-Raḥmān Jalāl ad-Dīn as-Suyūṭī was born on the night of Saturday the 1st of Rajab 849 AH (3rd October 1445 CE.). As-Suyūṭī mastered most of the traditional studies of his day, particularly those relating to knowledge of hadith, and was the author of more than five hundred works on Qur’an, Sunnah, hadith, fiqh, sirah, and medicine, etc. He is best remembered for his completion of the tafsīr of Qur’an known as the Jalālayn, which had been left incomplete on the death of Jalāl ad-Dīn al-Maḥallī. He died on Thursday the 18th of Jumādā al-Ūlā, 911 AH (17th October 1505 CE.), may Allah have mercy upon him.
View AllClose

MSRP:
Now: £6.95
Was:
A History Of The Ahlul-Hadeeth A Study Of The Saved Sect And That It Is The People Of Hadeeth SL: 02AL1 Indeed Allah, the Most Perfect, has favored this Ummah with the chain of narration as a...
22596

MSRP:
Now: £4.00
Was:
History Of Madinah Munawwarah 28A In this book, mention has been made about the different aspects of Al-Madinah, and the most important historical events are recorded that have direct effect on...
22860

The Biography of Sufyan ath Thauree

MSRP:
Now: £6.50
Was:
The Biography of Sufyan ath Thauree 05DL3 Sufyan As-Thauree was a scholar who illuminated the world with his knowledge and who revived certain aspects of the Prophet's Sunnah that would otherwise...
22965

MSRP:
Now: £59.95
Was:
Hayat-Us-Sahaba 4 volumes set شرح حياة الصحابة by Allama Shaikh Muhammad Al-Khandalwi 00000 About the book : The explanation of Hayatus Sahabah ( Lives of the Sahabah ) by Mohamed Ilyas Albara...
23064

In The Company Of God, Closeness To Allah Through The Beauty Of His Names & Attributes

MSRP:
Now: £6.00
Was:
In The Company Of God, Closeness To Allah Through The Beauty Of His Names & Attributes SL:15B Prophet Muhammad (pbuh) said: Allah has ninety-nine names, one hundred less one; whoever ...
22261