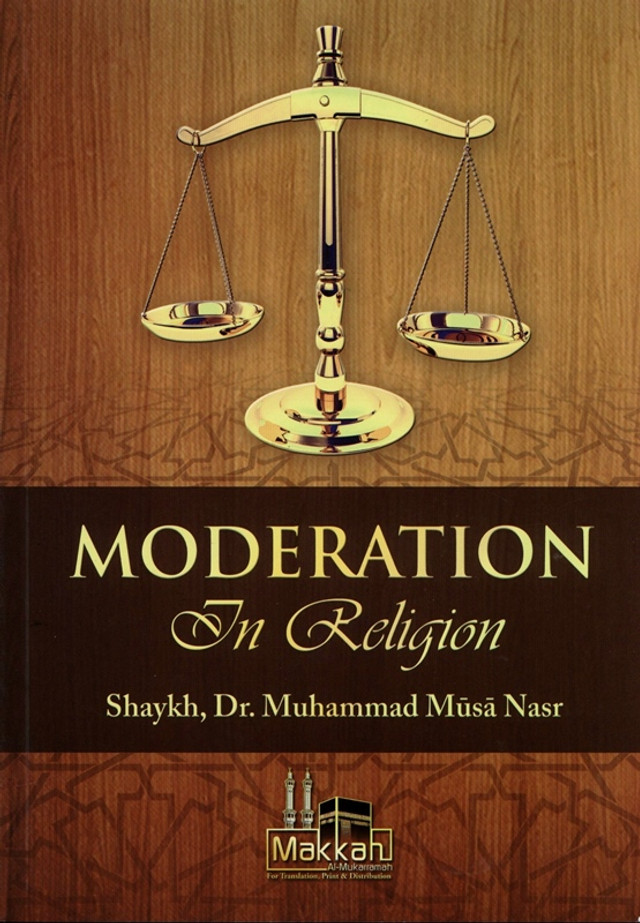 11B
The definition of moderation: Linguistically derived from at-tawasut (to stand in the middle/take a middle course) with the vowel movement is that which is between the two ends of something, like the centre of a circle; with a sukoon, an ambiguous name like the area inside a circle, for example. From the original meaning, the Wasat of something is its straightest part. The Wasat of something is that which is between its two sides.
View AllClose

MSRP:
Now: £6.95
Was:
Islam The Misunderstood Religion 03A The Majority of the modern " Educated " people are today faced a religious crisis. Is religion really a fact of life ? it might have been one in the Past,but...
21199

MSRP:
Now: £4.00
Was:
The Concept of GOD (In Major Religion) 33B There has always been a question in the minds of people about the existence of God. All major religions have believed in one god or another. Thus,...
23029

The Danger of Making Fun of the Religion

MSRP:
Now: £5.99
Was:
THE PROPHET(SAW)SAID:“WHEN THE SON OF 'ADAM ENTERSINTO THE MORNING ALL OF HIS BODY PARTS REBUKE THE TONGUE AND SAY ＇HAVE TAQWAA OF ALLAH REGARDING US...
24913

MSRP:
Now: £4.90
Was:
The Five Pillars Of Islam As Mentioned In The Quran & Authentic Sunnah 11B In the name of Allah the Most Gracious the Most Merciful All praise & thanks are due to Allah, we seek His help...
22321