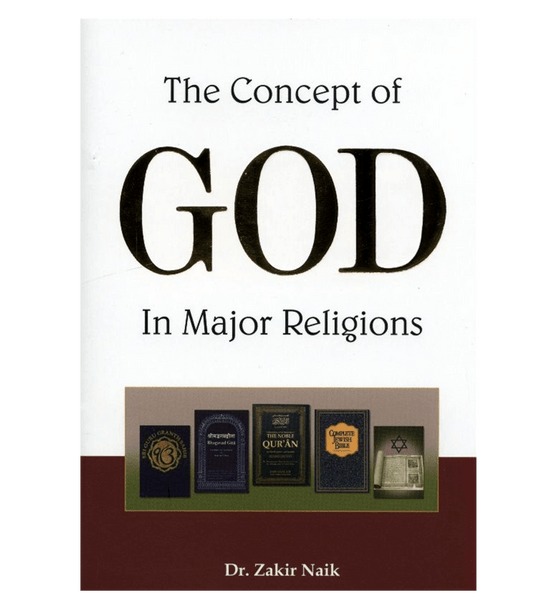 33B
There has always been a question in the minds of people about the existence of God. All major religions have believed in one god or another. Thus, believing in a supreme being that is omnipotent and omniscience is essential to the existence of mankind.This full-colored book tackles the issue of existence of God from a different perspective including starting off with how different people view God. It first categorizes the belief of the major religions into 5 types of religions. Then, it describes the concept of God for world's several major religions including Hinduism, Sikhism, Judaism, and others. The book ends with a detailed analysis of concept of God in Islam and how it perfects the concept of God.
View AllClose

MSRP:
Now: £4.95
Was:
The Islamic Concept of Justice 16A About The Book: This Islamic book about justice, fairness and removing disputes and oppression looks at the concept of justice in light of the Qur'an and Sunnah...
21301

The Problems Of The Dawah (Call)

MSRP:
Now: £8.00
Was:
Goodnight Stories Gift Box 11B The Islamic Dawah is living in this present ERA a lifestyle, the likes of which was never found in the previous Era. The problems are so many and numerous that, they...
21398

MSRP:
Now: £4.50
Was:
The Qur'an & Modern Science: Compatible or Incompatible? 33B Ever since the dawn of human life on this planet, Man has always sought to understand Nature, his own place in the scheme of...
21786

Dawah According to the Quran and the Sunnah

MSRP:
Now: £5.99
Was:
Blessed Names and Attributes of Allah 13A Remembering the Names of Allah is a sacred tradition in Islam. Both the Qur’an and sayings of the Prophet (ahadith) state the importance of learning them...
23162

MSRP:
Now: £8.99
Was:
Allah Knows All About Me 00000 A natural way of filling your children with the delight and confidence that Allah knows all about them.
23102