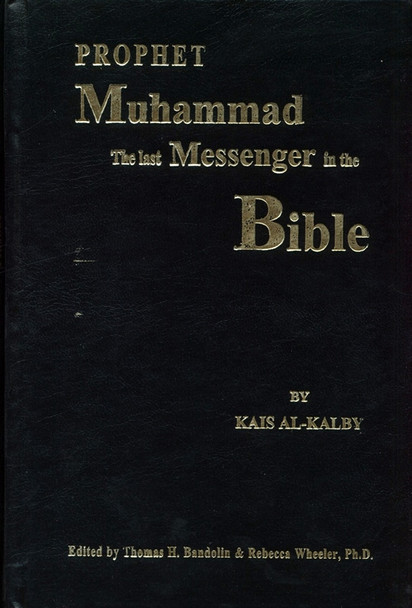 00000
This book delves into the scriptures with precision and wisdom to bring forth lost pearls and prophecies that have been overlooked for centuries. There is no denying the truth once it is visible and this book brings visibility to the truth that Prophet Muhammad, peace upon him, was to come as the last Prophet of God as stated by earlier prophets, including but not limited to Jesus and Elijah, peace be upon them both. Even shows Prophet Muhammad's coming in the buddhist and Hindu texts as well as the Zoroastrians and other religious texts. Easy and fascinating, too, by showing word-for-word translations side-by-side with several languages. Transliterations and the actual script of the languages for your comparison and further investigation. Kalby hides nothing! This gives a refreshing understanding of the depth of the original meanings and the poetry of the times. A scholarly work of art and a priceless asset to any library.
View AllClose

MSRP:
Now: £11.99
Was:
The Valley Came Alive : From Al - Bidayah wan - Nihayah 25B Darussalam is proud to present the abridged English translation of the classic work: Al-Bidayah wan Nihayah, focusing exclusively on the...
21556

MSRP:
Now: £12.95
Was:
Strategies of Prophet Muhammad 26B Muhammad's (Peace Be Upon Him) life is a rewarding subject for any sophisticated, intelligent and curious mind because of the impact he has had on world history...
22086

MSRP:
Now: £4.00
Was:
Miracles of the Prophet Muhammad صلی الله علیه وآله وسلم SL:20B This book explores the nature of a miracle, the reasons why miracles are granted to prophets and takes a detailed look at the...
22133

MSRP:
Now: £7.95
Was:
Muhammad The Last Prophet 09B   Muhammad, the Last Prophet presents a comprehensive account of the life of the last Prophet, Muhammad (peace be upon him). This translation allows young...
21366

Muhammad The Messenger Of Allah And Seal Of All Prophets

MSRP:
Now: £4.30
Was:
Muhammad The Messenger Of Allah And Seal Of All Prophets 11B The mind may have aspirations that may deviate it from the straight path and thus lead it to error. Nevertheless, the wisdom and mercy...
22311

The Way of Prophet Muhammad(PBUH)

MSRP:
Now: £6.00
Was:
The Way of Prophet Muhammad (PBUH) 24A This book presents the right way for the muslims to live up to the standards Set by the Quran and Sunnah so that the success in this life and the life...
22979