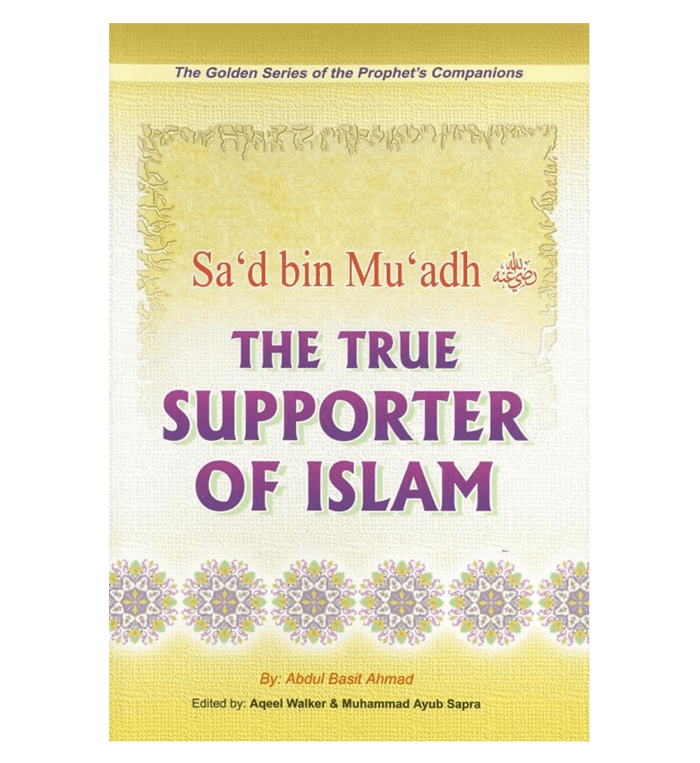 Sa'd bin Mu'adh (ra) was the chief of the Bani Abdul Ash-hal clan, a branch of Al ­Khazraj tribe. He was a man of dignity, honor, wisdom and courage. He was among the bitter enemies of Islam, but when he accepted Islam, he devoted himself to defend it. He supported Islam with his wealth, bravery, wisdom and all his might so much so that up till today he is said to be 'The True Supporter of Islam'. When he died, the angels welcomed his soul in the best manner, and his body was emitting the nice smell of musk.
View AllClose

MSRP:
Now: $3.75
Was:
Cherry Flower Concentrated Perfume-Attar (6ml Roll-on) SL: 000000 This item is ONLY available for UK residence. Al-Rehab is one of Saudi Arabia's leading perfume manufacturers which creates fine...
22700

MSRP:
Now: $3.75
Was:
Amr bin Al Aas (The Conqueror of Egypt)The Golden series Of the Prophjet’s companions 04CL2 Amr bin AI Aas (R) was one of the greatest enemies of Islam before his conversion. He used all of his...
23021

MSRP:
Now: $3.75
Was:
Abdullah bin Umar (R)( The Jurist)The Golden series Of the Prophet’s companions 04CL2 Certain youth had the fortunate opportunity of being raised in the city of Al-Madinah during the lifetime of...
23022

MSRP:
Now: $8.93
Was:
Creation of the Universe : True Description from Islam SL: 03AL2 We will show them our signs in the universe and in themselves Until it is made clear to them that this is truth” (Quran...
21916

MSRP:
Now: $5.93
Was:
Description of Hellfire (From The Qur’an And The Authentic Sunnah) 16A A detailed description of hellfire as described by Allah in the Quran and Sunnah, compiled by Sheikh Waheed Abdussalaam...
23180

The Illustrious Women Of Islam from the first generation

MSRP:
Now: $5.93
Was:
Descriptions of Paradise From The Quraan & Sunnah 16B The abundance of literature on the issue of Paradise and Hellfire can hardly be overlooked. However, the problem with this literature is...
21284