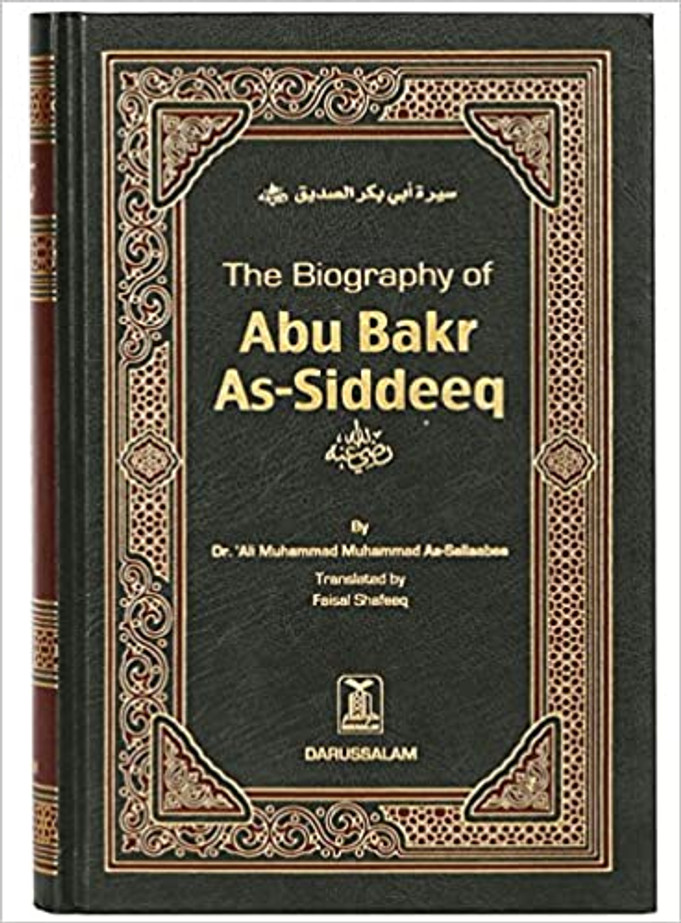 From the day he embraced Islam until the day he died, Abu Bakr As-Siddique رضی الله عنهُ was the ideal Muslim, surpassing all other Companions in every sphere of life. During the Prophet's صلی الله علیهِ وآله وسلم lifetime, Abu Bakr رضی الله عنهُ was an exemplary soldier on the battlefield; upon the Prophet's صلی الله علیهِ وآله وسلم death, Abu Bakr رضی الله عنهُ remained steadfast and, through the help of ALLAH, held this nation together. When others suggested keeping Usaamah's army back, Abu Bakr رضی الله عنهُ insisted - and correctly so - that the army should continue the mission which the Prophet صلی الله علیهِ وآله وسلم had in mind. When people refused to pay Zakaat, and when the apostates threatened the stability of the Muslim nation, Abu Bakr رضی الله عنهُ was the one who remained firm and took decisive action against them. These are just some of the examples of Abu Bakr's رضی الله عنهُ many wonderful achievements throughout his life. I have endeavoured to describe all of the above in a clear and organized manner. But more so than anything else, I have tried to show how Abu Bakr's رضی الله عنهُ methodology as a Muslim and as a ruler helped establish the foundations of a strong, stable, and prosperous country - one that began in Al-Madeenah, extended throughout the Arabian Peninsula, and then reached far-off lands outside of Arabia. Throughout the brief period of his caliphate (about 2 years), Abu Bakr As-Siddiq رضی الله عنهُ faced both internal and external challenges; the former mainly involved quelling the apostate factions of Arabia and establishing justice and peace among the citizens of the Muslim nation; and the latter mainly involved expanding the borders of the Muslim nation by spreading the message of Islam to foreign nations and conquering those nations that stood in the way of the propagation of Islam. During the era of his caliphate, Khalifah Abu Bakr As Siddeeq رضی الله عنهُ sent out armies that achieved important conquests; for example, under the command of Khaalid ibn Al-Waleed رضی الله عنهُ the Muslim army gained an important victory in Iraq. And the Muslim army achieved other important victories under the commands of Al-Muthannah ibn Haarithah رضی الله عنهُ and Al-Qa'qaa ibn 'Amr رضی الله عنهُ. In short, the victories achieved during the era of Abu Bakr's رضی الله عنهُ Caliphate paved the way for victories that later took place after Abu Bakr's رضی الله عنهُ death. I have tried to analyze the above-mentioned conquests and to break down the reasons why they were such monumental successes. I particularly pointed out Abu Bakr's رضی الله عنهُ contributions to those conquests: His military strategy, the leaders he chose, the letters through which he communicated with them, and so on
View AllClose

MSRP:
Now: £25.95
Was:
Biography of the Prophet صلّی الله عَلیهِ وآلهِ وَسلَّم Two Volume Set 26B The Biography is in chronological order describing all the events of the life of the Prophet from his childhood till...
21547

MSRP:
Now: £6.00
Was:
Q & A On The Biography Of The Prophet Muhammad (PBUH)Part two (From Birth To Hijrah) 26B The Question and Answer form is the most effective and an objective method of teaching. For those who want...
22981

MSRP:
Now: £19.95
Was:
Stories of the Prophets 26B In this book, the stories of the prophets have been compiled from 'Al-Bidayah wan-Nihayah' (The Beginning and the End) which is a great work of the famous Muslim exegete...
21004