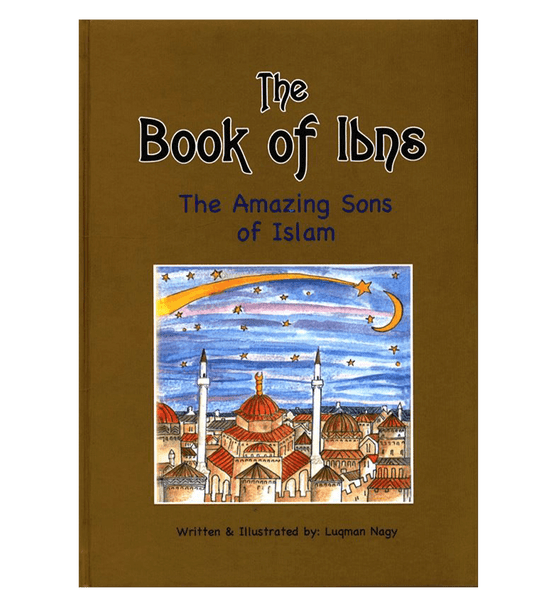 24B
History, for many young people, is a boring list of names, dates and events. Our history, the history of Din al-Haqq al-Islam (Islam, the religion of the Truth) and the people of Dar al-Islam (The homeland of Islam), is anything but boring! This is a book full of the astonishing triumphs of Muslims from the Islamic Empire stretching from the Atlantic shores of Morocco, to the distant beaches of the South China Sea. What united these far-flung regions was Islam: the belief in one deity, Allah, and in the Prophet-hood of Muhammad صلى الله عليه وسلم. In the Arab world, a father or a mother can be informally identified as Abu 'Ali ("the father of `Ali") or `Umm Marvam ("the mother of Maryam"), after the birth of their first son or daughter. Each child, in turn, can be given a nickname of sorts identifying him or her as "son of" (ibn) or "daughter of" (bint) so-and-so. Therefore, Abdul Haqq bin Luqman and Marvain bint Luqman would mean "Abdul Haqq, son of Luqman" and "Maryam, daughter of Luqman" respectively.This book is an introduction to the amazing lives of a number of Muslims. Each of the twelve Muslims, honoured here, is an ibn (son), and is, therefore, remembered by the name of his father; each was an achiever whose patience, intelligence, motivation and Islamic faith resulted in contributions that have benefited not only Muslims, but all of mankind.
View AllClose

MSRP:
Now: £8.99
Was:
Allah Knows All About Me 00000 A natural way of filling your children with the delight and confidence that Allah knows all about them.
23102

Heartfelt Advice To A Friend

MSRP:
Now: £5.00
Was:
Heartfelt Advice To A Friend 19B In this short yet substantial tract of ibn al-Qayyim, he pens a message of heartfelt advice and appreciation to a friend of his by the name of 'Alā' Al-Dīn;...
23171

MSRP:
Now: £10.00
Was:
Teaching Children Tawheed The noble Imaam, Shaykh Muhammad bin Abdul-Wahhaab said: “So this beneficial treatise is in regards to what is obligatory upon the human being to teach the children,...
23314