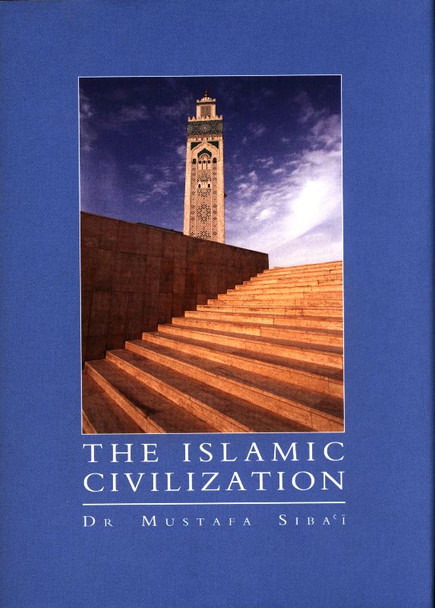 For a thousand years the Islamic civilisation was the central light whose rays illumined the world. It was the mother of European culture, for men reared in this civilization were the masters in the Middle Ages at whose feet the Spaniards, the French, the English, the Italians and the Germans sat to learn philosophy, science of mathematics, astronomy, chemistry, physics, medicine and industrial techniques.This book was first translated into English by the International Islamic Federation of Student Organisations (IFSO ) in 1984, but the translation was incomplete and required revision to bring it closer to the Original Arabic.This book covers the glorious Islamic past when Islam reached its peak in terms of Justice, Peace and Prosperity. It covers the following areas: Racial Equality Religious Tolerance Morality in War Compassion and Kindness to Animals Welfare Institutions Schools and Educational Institutions Hospitals and Medical Institutions Private and Public Libraries Capitals and Large Cities.
View AllClose

The Way of Prophet Muhammad(PBUH)

MSRP:
Now: £6.00
Was:
The Way of Prophet Muhammad (PBUH) 24A This book presents the right way for the muslims to live up to the standards Set by the Quran and Sunnah so that the success in this life and the life...
22979

MSRP:
Now: £10.00
Was:
The Concise Collection on Creed & Tauhid 23A Since knowing Allah is one of the foremost obligations in the religion of Islam, and the topic of Tauhid (Monotheism) is the most important study...
22980

MSRP:
Now: £14.50
Was:
Purity of Faith 19B A new translation and commentary of Kitab at-Tawhid The order to live one’s life in accordance to the dictates of Tawhid, monotheism, is the single most important injunction...
23109

MSRP:
Now: £10.00
Was:
From MTV to Mecca( How Islam Inspired My Life) 06B This book recalls the journey of a woman, Kristiane Backer, who encountered Islam when she was a presenter with MTV. Hers was a world that had...
23121

MSRP:
Now: £7.99
Was:
A Treasury of Sacred Maxims: A Commentary on Legal Principles This inspiring collection of sacred maxims is drawn from the genre known in Arabic as al-qawā‘id al-fiqhiyyah. These maxims are...
23572

MSRP:
Now: £7.99
Was:
A Treasury of Hadith (A Commentary on Nawawi’s Selection of Prophetic Traditions) 13A Imam Nawawi’s collection of 42 hadith brings together some of the most important and pivotal...
23132

MSRP:
Now: £4.95
Was:
Islamic Influence On The European Civilization 16A Between the ancient civilization, namely the Egyptians, Greek, Roman, Indian, and Chinese, and the Renaissance era in Europe, there was a gap,...
21302