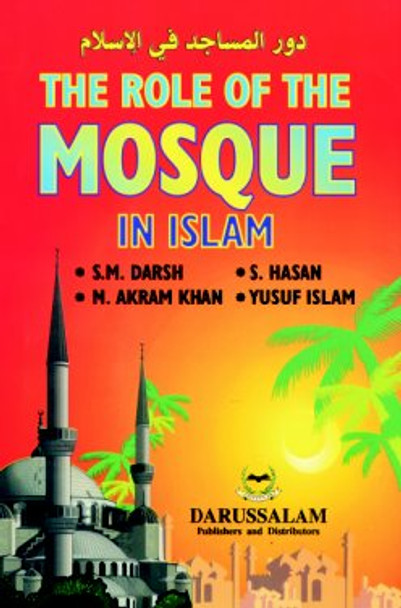 28A
The Mosque is the most important institution in Islam. After the home and working place, it is the most frequented place. The Muslim visits it at least twice, if not five times a day. There he rekindles his spirituality, strengths his relationship with his Creator, meets his fellow Muslim brothers and renews his sense of belonging.The Role of the Mosque in Islam, The Role of the Masjid, Book Role of Mosque, Roles of a Mosque in a Muslim Community, Reviving the Role of the Masjid?
View AllClose

MSRP:
Now: £1.00
Was:
Happy Cherries by Haribo SL-01A A super tangy and fizzy mallow/foamy sweet with the fruitiest Cheery flavour you could possibly imagine. No artificial colours. Suitable for consumers with Halal...
23095

The correct Islamic Aqidah & that which opposes it

MSRP:
Now: £3.00
Was:
The correct Islamic Aqidah & that which opposes it 19B The correct 'aqeedah is the foundation of Islaam and the foundation stone of the Islamic nation. It is known through evidences of the...
21059

MSRP:
Now: £9.95
Was:
Muhammad's Role In Islam 11B This is the introduction to an eight- book series titled the Prophet of Mercy , explaining why Allah said these words about Muhammad in the Quran. Muhammad Peace Be...
21405

MSRP:
Now: £3.99
Was:
The Role of the Woman in Rectifying the Society 11B The major importance of a woman's life in society is her vital role that she plays in keeping it & maintaining it.
21501