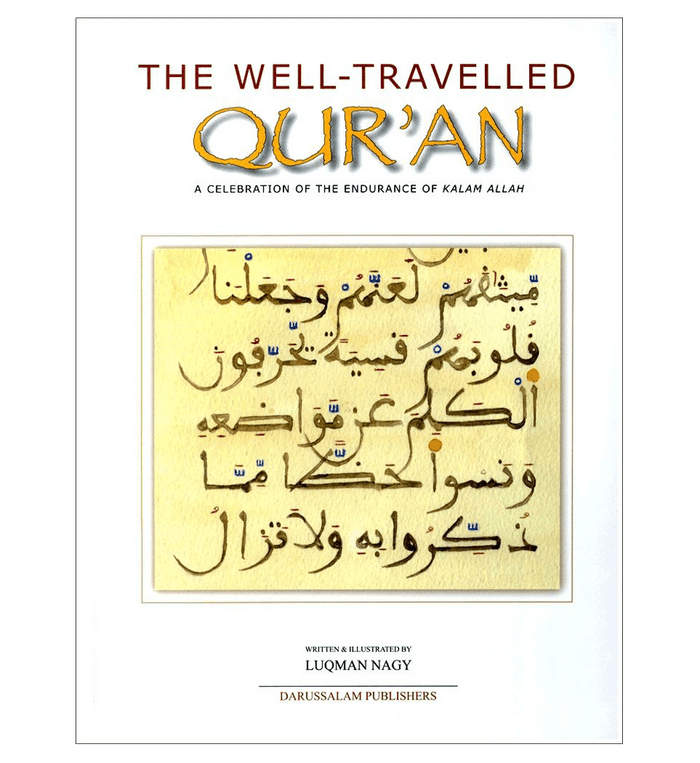 05DL3
The Noble Qur'an is Kalam Allah (speech of Allah), the eternal message, preserved forever, for all of humanity. Allah's Word was revealed, for the last time, to the final Messenger, Prophet Muhammad (S).Within two centuries of the founding of the Islamic state, Muslims had spread the message of Din al-Haq (religion of truth) east to the borders of China, and west to Spain and the shores of the Atlantic. The secret of Chinese paper making, first passed on to the Muslims in Baghdad, created an 'information explosion' that reverberated throughout Dar al-Islam (land of Islam). Inexpensive paper permitted the dissemination of Kalam Allah and, eventually, the transcription of hundreds of thousands of ahadith. The Islamic world soon developed a creative and literate culture of high civilization.This story chronicles the nine hundred year long odyssey of a beautiful handwritten Qur'an produced in Cordoba in the 11th century. The plight of the Moriscos (Arabic Al-Muriskiyyun), the last Muslims of Al-Andalus, becomes an integral part of the amazing story of the well-traveled Quran.
View AllClose

Lying Against The Prophet

MSRP:
Now: £1.50
Was:
Lying Against The Prophet SL: 03DL2 This work will enlighten the reader about the impact of attributing lies to the Prophet ( صلی الله علیه وآلیه وسلم ). This issue leads its perpetrator to...
22214

MSRP: £33.33
Now: £29.96
Was: £33.33
BLACK EMBOSSED KIMONO   A style in which the silky fabric perfectly complements the embellishment design on the back bodice and arms. A draw cord detail on the waistline attached to...
22802

MSRP:
Now: £33.33
Was:
MOCHA BATWING ABAYA     Featuring a round neckline, this abaya although simple will meet your expectations for your everyday comfort. This dress features a loose batwing cut fitting with...
22841

MSRP:
Now: £11.00
Was:
Tajweed Quran Medium Arabic Only – White Paper 22A This complete Colour Coded Tajweed Quran comes with a nice and beautiful hard cover. Interpretation of selected words is placed on the...
23012

The Holy Quran with English Translation and Transliteration (Persian/Urdu Script)

MSRP:
Now: £11.00
Was:
Tajweed Quran Medium Arabic Only – White Paper 22A This complete Colour Coded Tajweed Quran comes with a nice and beautiful hard cover. Interpretation of selected words is placed on the...
23012