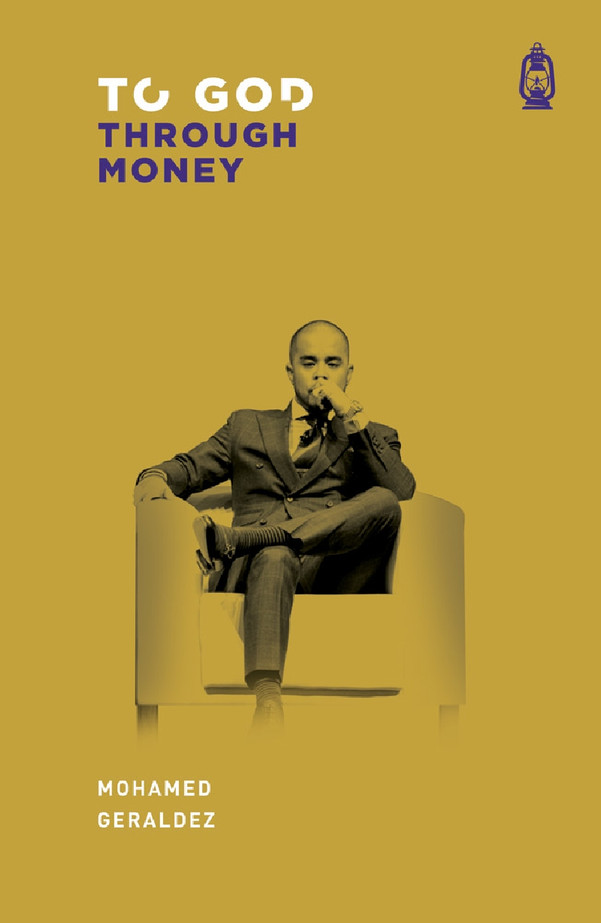 00000
This true story begins with a young woman giving birth to a boy, alone in a Californian hospital. His childhood pursuit of candy, music, money and figuring out whether he’s part of the Hispanic, Black, White or Asian crowd, makes him soul search before he embarks on a spiritual journey. Trading his surroundings of beaches, booze, drugs, guns, murder and gangs — for several years in the Saharan Desert and the Middle East, he lives the life of a nomad and student of ancient knowledge. The twist in the tale is that an entrepreneur returns — focused on independence and living according to a philosophy which he calls ‘Happy Money.’ That is the story of Mohamed Geraldez — a business nomad, who after travelling to more than 50 countries admits that he pretty much lives on a plane. Mohamed is active in the industries of fashion, finance, technology and food and is a partner at London based business and brand strategy firm, Dragonfly Black. He has a BSc degree in Psychology, an MBA in Business and has studied the Islamic sciences for four years in Syria, Morocco, Mauritania andthe Saharan Desert. Mohamed is a dynamic conference speaker and has delivered talks at Harvard University, the University of Oxford and was also invited to dine at the White House with the former President of the United States, Barack Obama.
View AllClose

MSRP:
Now: £8.00
Was:
The Book of Great Quotes (Gems from Abu Bakr, Umar, Uthman and Ali) 00000 Throughout the centuries, the world has come to know some great leaders who have been revered as shapers and makers of...
23998

MSRP:
Now: £8.00
Was:
With The Turk In Wartime 00000 in 1913, four years before he converted to Islam and seventeen years before he would publish his renowened translation of the Quran, Marmaduke Pickthall journeyed to...
23999

MSRP:
Now: £5.00
Was:
In Defence of the Four Imams 00000 ■ Why did the distinguished jurists, notably the Four Imams of early Muslim history differ? ■ Why do some of their views apparently contradict authentic...
24001

The Superiority of Dogs

MSRP:
Now: £8.00
Was:
The Superiority of Dogs 00000 This collection of stories and poetry was inspired by a conversation in 10th century Baghdad between the collector and a friend. Between them they contemplate the...
24003