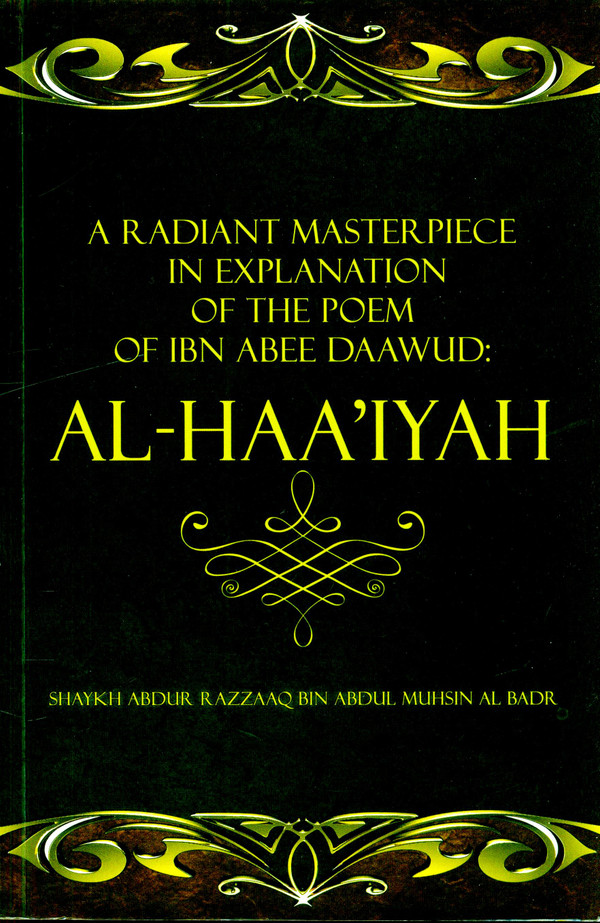 Al-Hudaa refers to directing and guiding. Al-Hady is the path and his path (Sallallahu ' Alayhi Wa Sallam) is that which he clarified to the people ang guided them towards from that which his lord had revealed to him: and he did not speak of his own desire. It was only a revelation revealed to him. His guidance is the best provision for the day of return and the standing before the Lord of the servants. So within the poet's encouragement, may Allah have mercy upon him, towards clinging to the book and the Sunnah there lies a refutation for the statement for the statement of the deviant group knows as the Qur'aanites: Those who say we do not take except from the Quran.

MSRP:
Now: £6.00
Was:
The Masjid is distinctly celebrated for the observance of many of thegreat and beloved acts of good deeds, such as the plentifulRemembrances of Allāh, establishment of prayer, recitation of...
24914

MSRP:
Now: £11.99
Was:
The Prophet ﷺ Described weaves together classical accounts of the appearance and character of Allah's finest creation, using the narrations of those closest to him. Expertly crafted into a...
24908