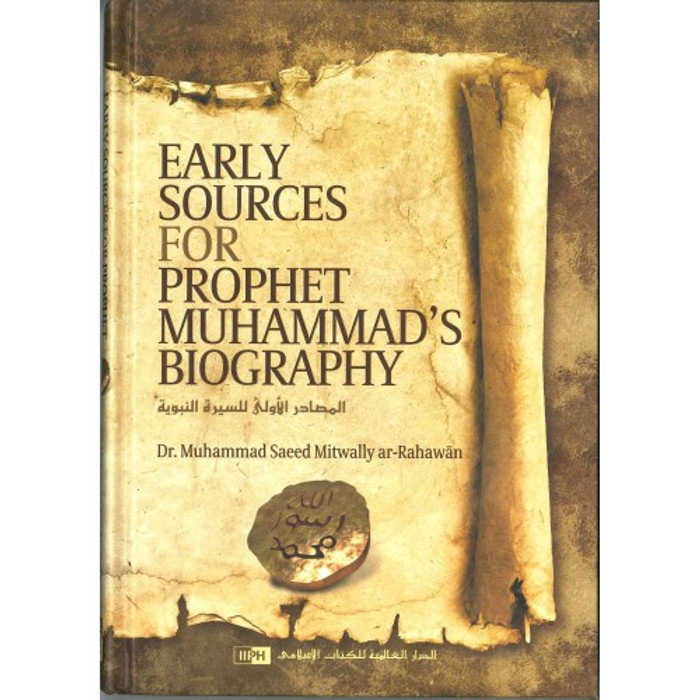 In 'Early Sources for Prophet Muhammad's Biography', Dr. Muhammad Saeed Mitwally aims to prove that applying Western methods of critical analysis to the available Muslim sources can take us back to early, reliable information about the Prophet (sa). Early Western biographies of the Prophet of Islam (sa) were largely based upon the Qur’an, as well as upon the late Muslim sources dating from the sixteenth century. After the publication of Goldziher’s Muhammedanische Studien in 1890, the reliability of Muslim sources became controversial. This stance was intensified by the publication of Schacht’s The Origins of Muhammadan Jurisprudence, in which he claimed that none of the Hadith literature is authentic. In this book, Dr. Muhammad Saeed Mitwally successfully challenges some of the problems raised by the pessimistic attitude. Students of Hadith will find this study thought-provoking and informative.
View AllClose

Tawbah:Turning To Allah In Repentance

MSRP:
Now: £5.00
Was:
Tawbah:Turning To Allah In Repentance Every human is susceptible to make mistake. The Qur’an gives them hope and teaches them to ask Allah to take care of them and guide them to the right path...
23334

MSRP:
Now: £12.99
Was:
Saladin and the Fall of Jerusalem Richard the Lionheart, the Crusades and the Battle for the Holy Land Saladin is a legendary figure in the history of the Middle East. His rise to prominence in...
23453

MSRP:
Now: £29.99
Was:
A Commentary On Zad Al-Mustaqni This is a translation of volume 1 & 2 of Shaykh Salih al-Fawzan's excellent 3 part commentary on the classical guide to the Hanbali madhab entitled Zad...
23514