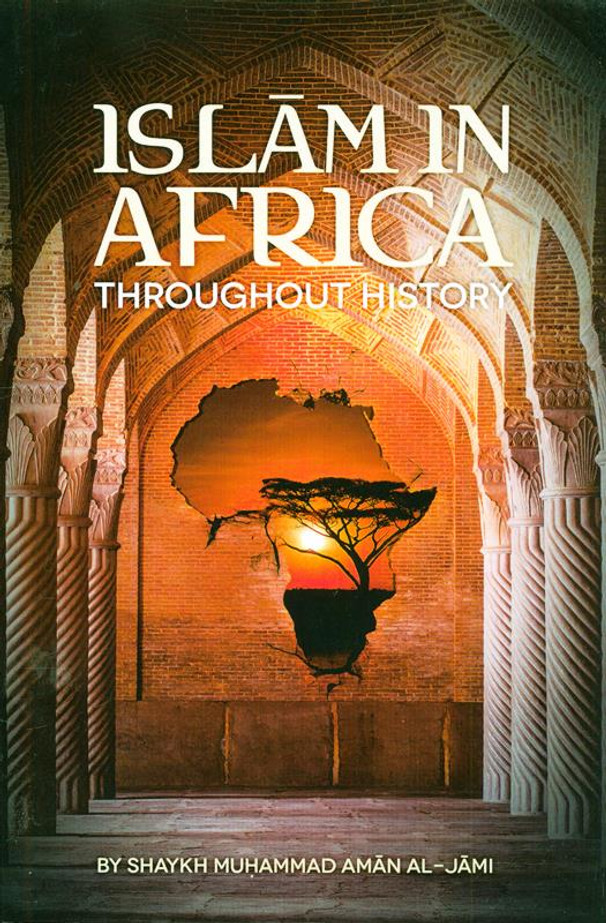 Brought to us by the Ethiopian scholar Shaykh Muḥammad Amān al-Jāmi, Islām in Africa Throughout History chronicles three significant phases of Islām in Africa which helped shape the world. This classic manuscript begins with the courageous stance of the Abyssinian king an-Najāshi, which shook Heraclius of Rome, defied the tribes of Makkah while influencing the kings of Oman, and even softened the hearts of Prophet Muḥammad’s staunchest adversaries. The second part recounts two waves of da’wah in Africa: the Arab merchants and the Ṣūfis, both of which left a lasting imprint upon the continent. The third part details the scholars who led the revival of the Salafi da’wah in Africa and advises the students of knowledge about the future of Islām in Africa. Bonus Appendices: From Slave to King: An-Najāshi’s Rise to the Throne An-Najāshi: The First King to Accept Islām The Prophet’s Letter to An-Najāshi An-Najāshi’s Letter to the Prophet Was An-Najāshi a Companion of Prophet Muḥammad? The Story of How ‘Amr bin al-‘Āṣ Accepted Islām
View AllClose

MSRP:
Now: £7.50
Was:
The History of the Khalifahs 20B Tarikh al-Khulafa' is justly famous in Arabic, and rarely our of print. In the original it comprises the histories of all those who have been named as khulafa'...
21252

MSRP:
Now: £9.00
Was:
This is the Turkish translation of Muhammad As If You Can See Him. This little book describes the beloved Prophet of Islam so intimately that it
21343

MSRP:
Now: £10.00
Was:
Holy Makkah (Brief History Geography & Hajj Guide 04CL1 This book mentions the different aspects of Makkah, and recorded the most important historical events that have direct effect on the...
22858

MSRP:
Now: £6.50
Was:
History Of Islam (Grade 4) 24B This is the first of new series of books for students of school-going age. The series is called History of Islam, ad it presents the history of islam from the birth...
22929

MSRP:
Now: £45.00
Was:
The History of Islam 3 Volume Set 24A History Stands as the most effective and valuable source of putting nations on the course of progress and prosperity and saving them from the path of...
21729