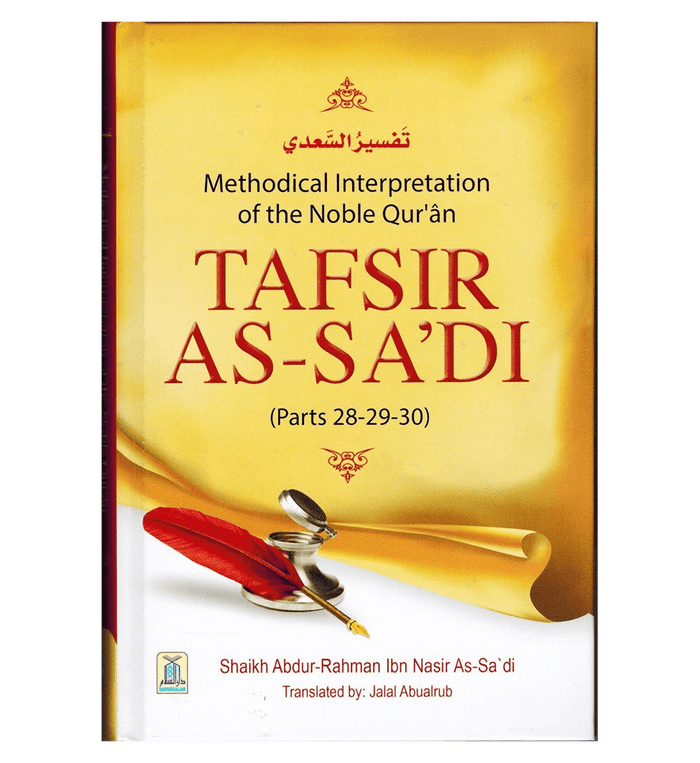 23B
Tafsir As-Sa'di is a straightforward, easy to read, easy to understand explanation of the meaning of Qur'anic Ayat and statements. In addition to the simplicity of Ibn Sa'di's writing, it is also articulate and eloquent. Consequently, for those newly acquainted with Tafsir and those new to Islam, this Tafsir provides an uncomplicated, deep and insightful comprehension into the meaning and explanation of the Qur'an. The uniqueness of this Tafsir is in the style the Shaikh used to explain the Ayat in a way that it is similar to everyday writing, without listing the various prophetic sayings or statements of the scholars of Tafsir, which Shaikh Ibn Sa'di used as a basis of his Tafsir.
View AllClose

MSRP:
Now: £15.00
Was:
Tafsir Ibn Kathir : Volume 9 04DL4 Tafsir of Ibn Kathir: is the most renowned and accepted explanation of the Qur'an in the entire world. In it one finds the best presentation of Ahadith,...
22779