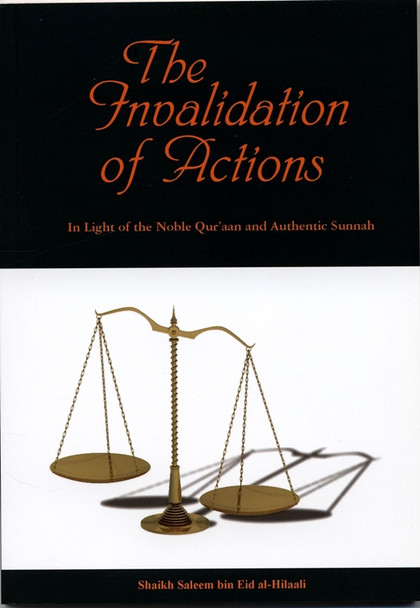 14B
The Muslim is in a trade whose profit is the highest paradise, by keeping a strict account of one firstly over the accounts of worldly profits. So it is incumbent on everybody who has firm resolute, believes in Allah and the last day that he should occupy himself with self accountability. He must restrict himself upon this in his movements, whilst stationary and in his thoughts, because every moment in a person’s life is like an expensive jewel. This is because the soul inclines towards what may benefit it from wealth and status. It goes into excesses, thus invalidating its actions, because what sprouts in spring may kill or eat up nothing but the sweet greenery. So it is important to know the characteristics which the soul finds pleasant, thus invalidating one’s actions by them and losing the reward while one does not know.
View AllClose

MSRP:
Now: £7.00
Was:
Makkah by Al Haramain Perfumes (15ml) SL:0000 This item is ONLY available for UK residence. An elegant fragrance! This wonderful perfume is made in U.A.E and it contains no alcohol. Made with natur
21799

MSRP:
Now: £7.00
Was:
The Personality of ALLAH's Last Messenger 03B The world has not lacked for heroes or great personalities, yet most of them distinguished themselves in one field or another, unlike the unlettered...
22246

MSRP:
Now: £21.95
Was:
Al Quran Al Kareem in Bangali Language SL: 05AL3 It is an interpretation of the meanings of the Quran in the Bengali language. The Persian script is in the large Arabic writing along with the...
22349

MSRP:
Now: £6.95
Was:
Dealing with Lust and Greed SL:014 According to the teachings of Al-Islam, the desires and appetites play a vital part in the make up of every human being; they cannot be ignored. The children of...
22101