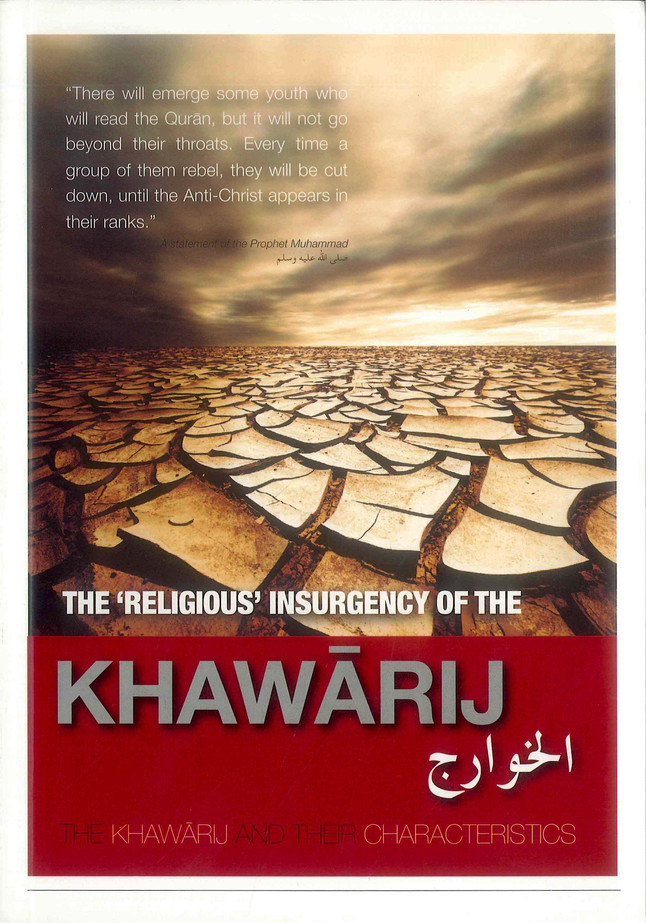 SL: 02AL1
Ibn Taymiyyah (died 728H) stated: "The Khawarij were the first ones to declare a Muslim to be outside the fold of Islam due to his sins - rather to be precise, with what the Khawarij thought were sins! And they made lawful the spilling of the blood of the people of Islam due to this." Ibn Hajr (died 853H) stated: "And they are a group from the people of deviation and innovation, they were called the Khawarij because they rebelled against the religion and they rebelled against the best of the Muslims." Al-Ajuri (died 360H) said: "Neither the scholars of old nor of new, ever differed about the Khawarij. They regarded them an evil people who were disobedient to Allaah and His Messenger even though they prayed, fasted and exerted themselves in worship, and all of this was of no benefit to them, even though they were apparent in enjoining the good and forbidding the evil, and that did not benefit them because they were a people who interpret the Qur'an upon their desires." 'Ali bin Abi Talib said about the Khawarij: "They are not Fuqaha (scholars) of the Religion, nor are they scholars of its understanding, and there is none that has preceded them in this matter in Islam, I swear by Allaah that if they ruled over you, they would do the actions of Cesar and Heraclius."
View AllClose

In The Early Hours : Reflections on Spiritual and Self Development

An Introduction to the Science of Hadith

MSRP:
Now: £2.50
Was:
An Introduction to the Science of Hadith 33B In this book we see highlights of how Allah preserved the Sunnah by enabling the Companions and those after them to memorise, write down and pass on...
21775