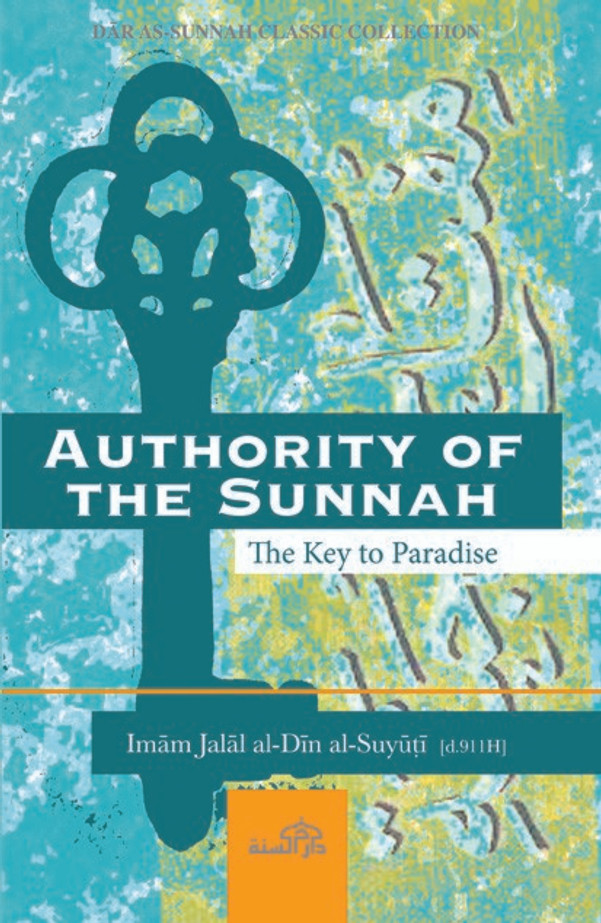 Allah Most High Said, "And whatever the Messenger has given you, take it; and what he has forbidden you, refrain from it." [Al-Hashr (59):7] The Prophet said, "I have not left out anything of which Allah, The Most High has Commanded you with except I have apprised you of it. Likewise, I have not left out anything of which Allah has Prohibited you from it, except I have apprised you of it..." [Al Bayhaqi, 7/76 & others] Together with the Qur'an, the Sunnah is the pivotal foundation and primary source of the Islamic faith. Following both of them is mandated by Allah Himself and obligated upon Muslims to adhere and live accordingly. Muslim theology is established upon them and remains defective and incomplete should either be forsaken for they both explain and interpret each other. During his time, Imam al-Suyuṭi felt a genuine need to pen this compelling book in confuting those who either rejected the Sunnah altogether or did not grant it the status and respect it deserves in the religion. He primarily compiled from the works of Imam Al-Bayhaqi elucidating the position of Imam Shafi'i, and firmly laid out the arguments supporting the Sunnah of the Prophet by outlining its critical importance, its authority and implication to one's life. Salvation therefore lies in embracing the Sunnah fully, for indeed it is the key to facilitating our worldly lives and thereafter, unlocking the doors of Paradise, as Shadh ibn Yaḥya said perfectly, "There is no better way to Paradise than the way of those who have followed the Sunnah."
View AllClose

MSRP:
Now: $8.93
Was:
Travelling in the Pursuit of Knowledge Before you is the English translation of the classical treatise al-Rihla fi Talab al-Hadeeth by the great scholar of the Shafi’i school of jurisprudence and...
23436

MSRP:
Now: $19.49
Was:
Saladin and the Fall of Jerusalem Richard the Lionheart, the Crusades and the Battle for the Holy Land Saladin is a legendary figure in the history of the Middle East. His rise to prominence in...
23453

MSRP:
Now: $22.49
Was:
Epistle on Worship (Risālat al-ʿubūdiyya) Ibn Taymiyya remains one of the most controversial Islamic thinkers today because of his supposed influence on many fundamentalist movements. The common...
23475

MSRP:
Now: $19.43
Was:
Cultural Perception of Marriage Among Muslims Although the institution of marriage has been in existence since the creation of the human race, mankind has struggled to achieve the peace and...
23487

MSRP:
Now: $16.50
Was:
Fiqh al Haya: Understanding the Islamic Concept of Modesty A trademark quality of our religion, haya encapsulates the very spirit of Islam. It is a means for all human beings to become...
23534

Essay On The Heart (A Commentary On Ibn Taymiyyah's)

MSRP:
Now: $9.00
Was:
Essay On The Heart A Commentary On Ibn Taymiyyah's lThere are many books currently in circulation concerning the purification on the heart and soul. This text is a welcome addition to the...
23547

MSRP:
Now: $40.43
Was:
The First Saudi State & The Story of Ad-Dir'iyyah During the mid eighteenth century in the centre of the Arabian Peninsula an eminent scholar faced his final expulsion from yet another town...
23543