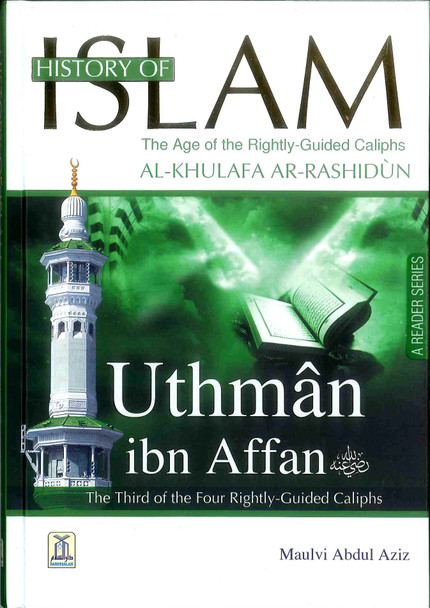 A Reader Series Uthman Ibn Affan R.A Rightly-Guided Caliphs History of Islam The age of the rightly guided caliphs Al-Khulafa Ar-Rashidun This is the third volume from this series, which deals with the life of ʻUthmān bin ʻAffān (عثمان بن عفان), the third of the four Rightly-Guided Caliphs. Uthman ibn Affan (R.A) was the most qualified to become the Caliph during his time; his claim to the caliphate was valid and his caliphate was legitimate. He led the people on the path of truth and ruled with justice, until he was martyred. Darussalam presents the entire History of Islam to our youth in language that appeals to them, in a simple yet lucid manner. The first four volumes in this series explore Islamic history during the period of the first Four Rightly-Guided Caliphs. Later volumes would be devoted to the History of Islam, down through the ages to modern times, insha'ALLAH. History of Islam - A Reader Series - Suitable for Grade Six (Age group 10+) The Age of the Rightly Guided Caliphs - Al-Khulafa ar-Rashidun Uthman ibn Affan (R.A): The Third of the Four Rightly Guided Caliphs
View AllClose

MSRP:
Now: £18.99
Was:
Uthman Ibn Affan: His Life and Times In today’s crisis-ridden world, amidst the numerous internal and external forces striking at the roots of Islam, Muslims are truly hard pressed to find strong...
23706