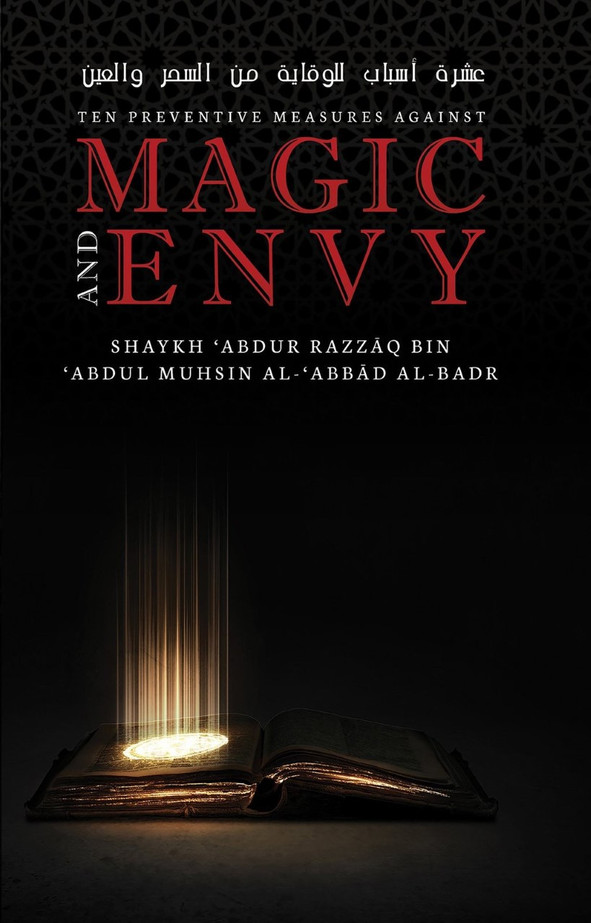 A profound lecture given by Shaykh ‘Abdur Razzaaq bin ‘Abdul Muhsin al-Badr, may Allah preserve him, on preventive measures against magic and envy. An excerpt from the book: Any human being is vulnerable to be tested with some kind of envy or magic, or whatever else from this sort of thing, whose (existence) and true effect on the human being have been confirmed by the textual evidence. It may take the form of a sickness, an ailment, or any kind of other distresses. And upon the occurrence of such thing, people take different healing measures in order to gain their health back and steer clear of them. Notably, if a person suffers from a desperate shortage in knowledge of the implications of the textual evidence of Qur’an and Sunnah in addition to the company of a bad instructor, such person will certainly be the victim of superstitions and the unlimited means of misguidance. A lot of people fall for superstitions, that have notorious circulation among them, due to lack of knowledge and insight of the religion of Allah. Superstitions, as a matter of fact, grow rampantly in an atmosphere of increasing ignorance, sins, and ailments; the more such things increase, the more rampant superstition become. In contrast, once sound knowledge, which is based on Qur’an and Sunnah, exists, an atmosphere of welfare, uprightness, and virtue is bound to prevail; and eventually, people’s affairs in this life and in the one to come shall be in the best of shape.
View AllClose

Hasad ( A Condemnation of Envy and Envious People )

MSRP:
Now: £4.95
Was:
Hasad ( A Condemnation of Envy and Envious People ) SL: 000000 An envious person and a person possessing the evil eye are similar in one respect, but differ in another. They both generate evil...
21240

PROPHETIC AHADITH IN CONDEMNATION OF RACISM

MSRP:
Now: £5.50
Was:
Prophetic Ahadith In Condemnation Of Racism 10B Generation after generation was destroyed by wars because a man would seek the aid of his tribe, even if he was upon falsehood and the likes of...
22024

Magic and Envy: In the Light of Quran and Sunnah

MSRP:
Now: £3.95
Was:
Magic and Envy: In the Light of Quran and Sunnah Magic is a hidden force which gives the impression of something happening when in reality is not actually happening. Envy is lack of contempt...
23516

A Treatise in Condemnation of The Hardness of the Heart

MSRP:
Now: £8.00
Was:
A Treatise in Condemnation of The Hardness of the Heart The importance of this topic is highlighted by the supplication of the Prophet (sallAllahu alaihi wa sallam) where he sought refuge with...
23607