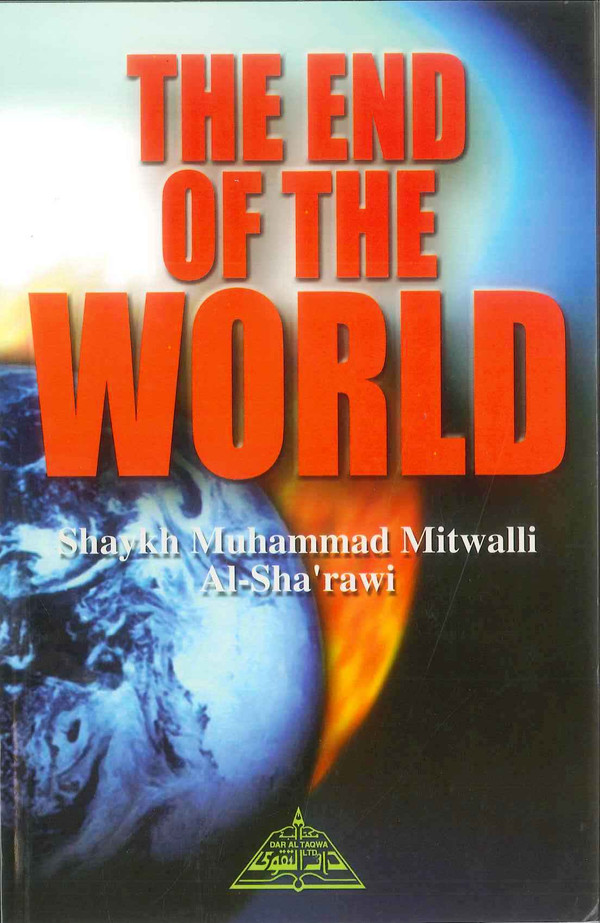 SL: 014
The End of the World is a publication of Dar al-Taqwa series of translations of illuminating works from the pen of the late, famous scholar Shaykh Muhammad Mitwalli al-Sha'rawi. The question of the end of the world is a topic which has captured the interest of all, including scientists and the pseudo-scientists who offer theoretical predictions about how the world will come to an end. Such theories change on a regular basis because they are not based on true knowledge, which is to be found only in ALLAH's Revelation. In this book Shaykh Al-Sha'rawi points out the contrast between the changing perspective of the human being and immutable universe in which he lives and which provides the human being with evidence of his Creator. He also points out how the apparent stability of the universe can delude someone lacking belief in the Creator so that he fails to realize the true nature of existence, the transience of the human being and the necessity of awakening from the delusion of his own power before death forces him to wake up?
View AllClose

MSRP:
Now: £2.95
Was:
The Muslim Home 40 Recommendations 03A Home is the place where you and your family spend most of your time together. Therefore, a Muslim home should be a decent and comfortable residence which...
21125

MSRP:
Now: £5.95
Was:
Polygamy - Lawful Wives Or Unlawful Girlfriends 16A One of the religious issues that has attracted different opinions and is still under discussion nowadays is the issue of polygamy in Islam and...
21303

MSRP:
Now: £4.95
Was:
The World of the Angels SL:014 The world of Angels is an example of traditional learning and its translation fills a much needed gap in aqida (beliefs) literature in English speaking world...
22108