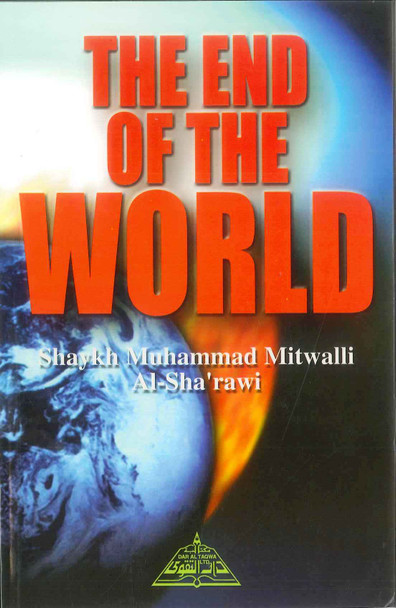 SL: 014
The End of the World is a publication of Dar al-Taqwa series of translations of illuminating works from the pen of the late, famous scholar Shaykh Muhammad Mitwalli al-Sha'rawi. The question of the end of the world is a topic which has captured the interest of all, including scientists and the pseudo-scientists who offer theoretical predictions about how the world will come to an end. Such theories change on a regular basis because they are not based on true knowledge, which is to be found only in ALLAH's Revelation. In this book Shaykh Al-Sha'rawi points out the contrast between the changing perspective of the human being and immutable universe in which he lives and which provides the human being with evidence of his Creator. He also points out how the apparent stability of the universe can delude someone lacking belief in the Creator so that he fails to realize the true nature of existence, the transience of the human being and the necessity of awakening from the delusion of his own power before death forces him to wake up?
View AllClose

MSRP:
Now: €27.19
Was:
The Authentic Musnad Of Reasons For The Descending Of Revelation 11B "Knowing the reason why the verse was revealed helps us to understand its meaning. Some of the verses were difficult for some...
21962

MSRP:
Now: €11.79
Was:
Al Fawz Al Kabir Fi Usul At Tafsir The Great Victory SL: 20B Al-Fawz al-Kabīr fī Uṣūl at-Tafsīr – “The Great Victory, on Qur’ānic Hermeneutics” is a manual of the principles and subtleties of...
21725

MSRP:
Now: €17.77
Was:
The End Of The World In recent times things have become very confusing and we have begun to see in bookstores and on websites speculation about future events, based on verses and hadeeths which...
21000

MSRP:
Now: €35.54
Was:
The Last World Description of the signs of the hour Barzakh and the hereafter from Quran and Sunnah.
23593

MSRP:
Now: €5.86
Was:
The World of the Angels SL:014 The world of Angels is an example of traditional learning and its translation fills a much needed gap in aqida (beliefs) literature in English speaking world...
22108

MSRP:
Now: €4.68
Was:
Al Mahdi and the End of Time 16B Part of ALLAH's justice and wisdom is that near the end of time He will send a man to restore justice in the earth and to confront the Dajjal. This will be the...
21573