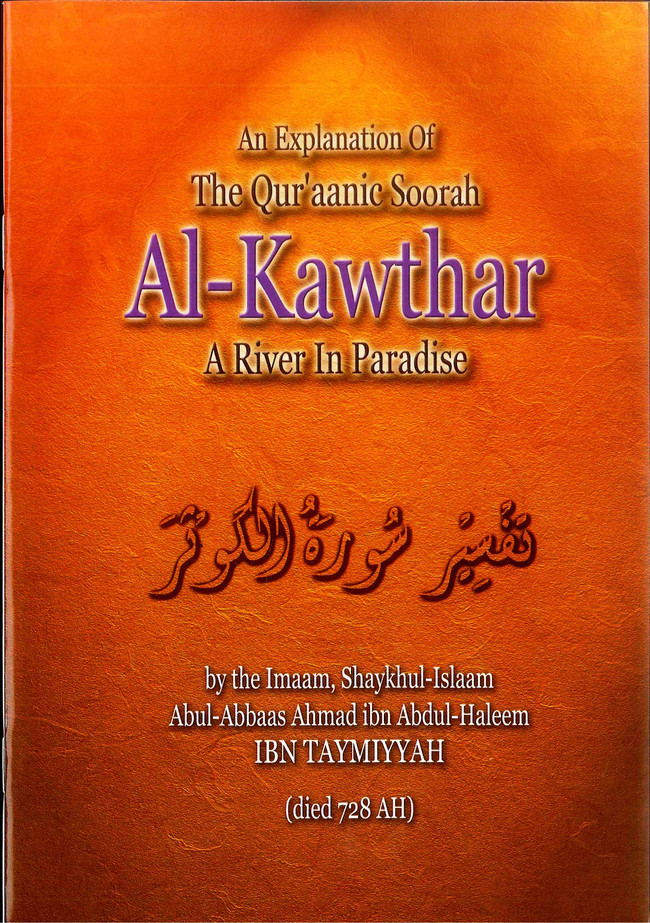 "And the least he would do when he heard something was to memorise it, and then engage himself in learning in it. He was intelligent and had committed much to memory. He became an Imaam in tafseer and everything related to it. He was also knowledgeable in fiqh, and it was said that he was more knowledgeable of the fiqh of the madhhabs, than the followers of those very same madhhabs, (both) in his time and other than his time. He was a scholar of the fundamental issues (usool), the subsidiary issues (furoo), of grammar, language and other textual and intellectual sciences,. And no scholar of a science would speak to him except that he thought that the science was the speciality of Ibn Taymiyyah. As for hadeeth, then he was the carrier of its flag, a haafidh, able to distinighuish the weak from the strong, and fully acquainted with the narrators." Taken from al-Bidaayah wan-Nihaayah of Ibn Katheer (14/118-119). And al-Haafidh adh-Dhahabee, another of his students said of him in Tadhkiratul-Huffaadh, "And he was amongst the oceans of knowledge, from the limited intellectuals, the ascetics, the unique individuals, the great braves, the most generous nobles. He was praised both by the one who agreed with him and the one who differed with him and he became famous by his works - and perhaps they numbered three hundred volumes." And he also said in Mu'jamush-Shuyookh (1/56-57), "Ahmad ibn Abdul-Haleem, ibn Abdis-Salaam, ibn Abdullaah, ibn Abul-Qaasim, ibn Taymiyyah - our Shaikh, the Imaam, Taqeeyud-Deen, Abul-Abbaas, al-Harraanee: the matchless individual of the time with respect to knowledge and cognisance, intelligence, memorisation, generosity, asceticism, excessiveness braveness and abundance of (written) works." Before the reader is an explanation of Soorah al-Kawthar, given by this great Imaam, Ibn Taymiyyah. In it, he explains the vast meaning contained in the Soorah despite its brevity.

MSRP:
Now: £2.50
Was:
The Cure ( An Explanation of the opening chapter soorah al Fatiha)   This Soorah has characteristics that distinguish it from others. From those characteristics is that it is a pillar of the...
22634

MSRP:
Now: £7.00
Was:
This is a translation of Shaykh Aḥmad al-Najmī’s explanation of al-Qāṣīdah al-Lāmīyah, which is ascribed to Shaykh al-Islām Ibn Taymīyah. It comprises of only 16 verses of poetry, clarifying...
23499

MSRP:
Now: £17.95
Was:
The Explanation of Al-Haiyah by Shaykh Salih al-Fawzan 11B Product Description: A poem written A poem written about the Creed of Ahlus-Sunnah wal-Jama'ah by Abu Bakr bin Abi Dawud as-Sijistani...
21900

Help from ALLAH In the stories of the Quran

The Issue of Isbaal : According to the Qur'an & Sunnah

MSRP:
Now: £1.50
Was:
The Issue of Isbaal : According to the Qur'an & Sunnah 14A Attempts to answer the question "Is it Permissible for Men to Wear their Garments Below the Ankles?" from a literal interpretation...
22203