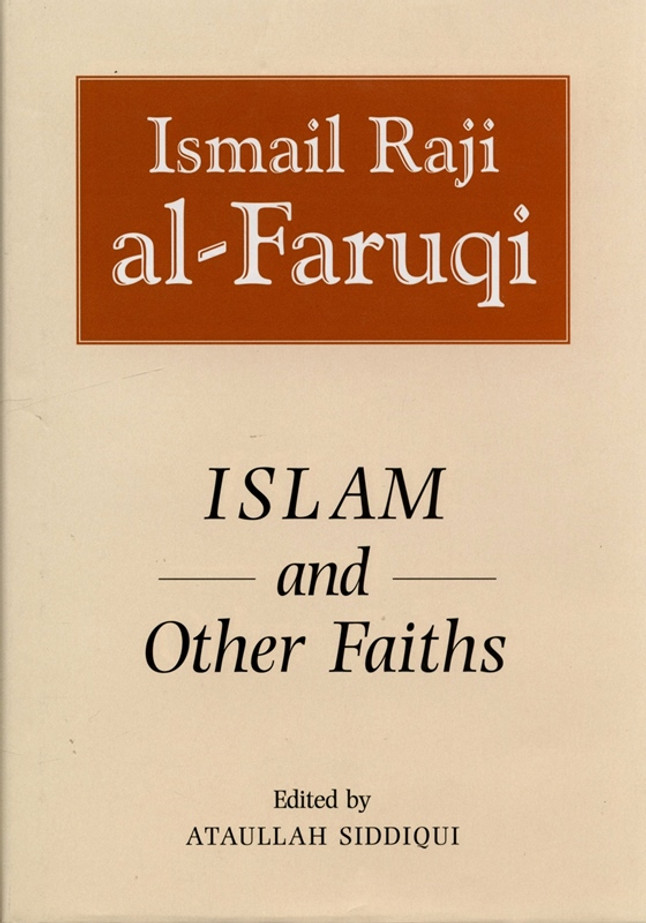 SL: 02CL2
Collected in this volume are the late Ismail al-Faruqi’s articles written over a span of two decades which deal with Islam and other faiths, Christianity and Judaism in particular. The book provides a good cross-section of al-Faruqi’s contribution to the study of comparative religion and covers a wide spectrum of inter-religious issues, including commonality and differences between Islam, Christianity and Judaism, Muslim and non-Muslim relations, and the issue of Mission and Dawah.
View AllClose

MSRP:
Now: €14.22
Was:
Towards Understanding Our Religion Volume 1 11A Collected Writings from the Archives of Al-Basheer, the Magazine From the back cover: Al-Basheer was a magazine dedicated to Islamic sciences. It was...
21970

MSRP:
Now: €4.74
Was:
The Concept of GOD (In Major Religion) 33B There has always been a question in the minds of people about the existence of God. All major religions have believed in one god or another. Thus,...
23029

MSRP:
Now: €5.33
Was:
The Qur'an & Modern Science: Compatible or Incompatible? 33B Ever since the dawn of human life on this planet, Man has always sought to understand Nature, his own place in the scheme of Creation...
21786

MSRP:
Now: €4.38
Was:
Moderation In Religion 11B The definition of moderation: Linguistically derived from at-tawasut (to stand in the middle/take a middle course) with the vowel movement is that which is between the...
22322

Why Islam is our Only Choice

MSRP:
Now: €5.33
Was:
Christianity & Islam According to The Bible & The Qur'an 33B The Bible is the basis for the teachings of Christianity, and the Qur'an
21788

MSRP:
Now: €8.89
Was:
My Journey From Christianity to Islam 03A Born into a strict Christian household in Kenya, Yahya Ondigo was always a man of faith. He went on to join the military, and it was during this time...
21126

The Foundation Of Islam

MSRP: €7.05
Now: €5.92
Was:
The Foundation Of Islam 19B This is an important collection of writings by Shaykh Muhammed ibn Abdul Wahhab al the dealing with essential components of Muslim belief and identity. The book is an...
21065